Much of the spiritual and moral content of these books was directly inspired and provided by knowledge and teachings given by the Erasmus Foundation, a spiritual teaching and healing centre in Suffolk, UK.

A selection of surreal and funny short stories offering some spiritual wisdom and knowledge. 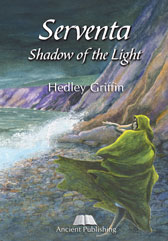 A fantasy, offering knowledge and wisdom from a unique spiritual source in an entertaining story based on old mythology.
One cold, miserable night on a Scottish beach Serventa is met by Beira, Queen of the Winter, and is challenged in a confrontation that eventually takes Beira home to the Light, but meanwhile the Storm Kelpies, the Blue Men of the Minch, also witness the event and want to cause trouble. Serventa is then given the task of rescuing Nessa, one of Beira's handmaidens, also a kelpie, who is chained to Loch Ness. Serventa finds Nessa and offers to help release her from the bondage imposed by Beira as a reprisal for harming her, caused by Nessa's negligence. Serventa cannot release Nessa from this bondage, only by setting her a series of tasks, each one to take place in a succession of separate lives. Each incarnation then builds up her strength enough to break the bond set by Beira and release her from the Loch. 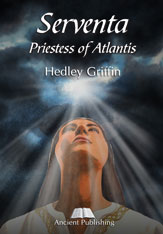 Based on fact, this creative nonfiction story of Serventa takes us through from the beginnings of Atlantis, about five million years ago, through to the height of its civilisation describing the way of life of the people, their behaviour, their educational system, their use of energies, their transport, their beliefs, their science, their trade with other lands, and their building influence abroad, explaining much about the use of pyramids, the Nazca lines and Stonehenge. Serventa foresees the destruction of the civilisation through the misuse of energies but is powerless to persuade the people to change until the continent is destroyed in a day and a night, about fifteen thousand years ago. 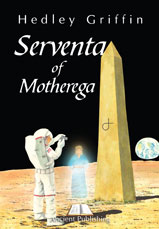 This creative nonfiction book describes the story of Motherega, known as "The Jewel of the Universe", from the beginnings of our universe at The Great Battle (Mankind calls the Big Bang), through to the destruction of the civilisation, about five million years ago. 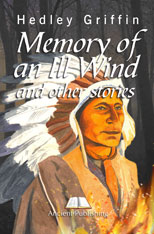 Memory of an Ill Wind

A collection of short stories of mythology and surreal nature with spiritual content.